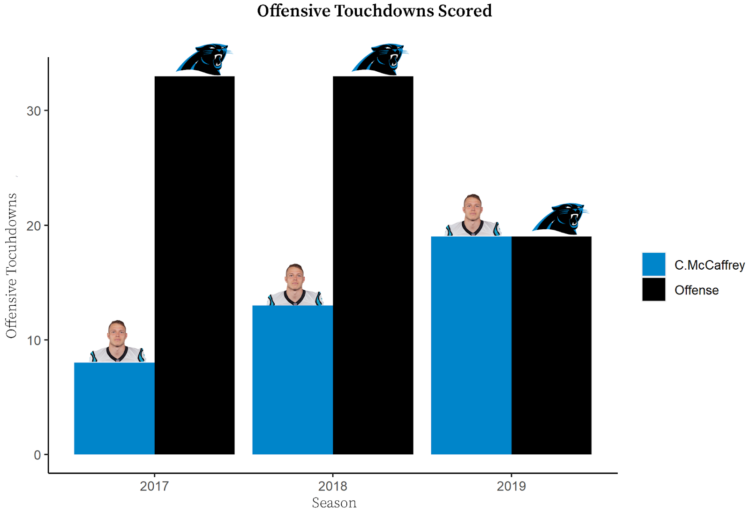 Christian McCaffrey is currently Stanford’s most successful football player in the National Football League ( NFL). Touted as a dynamic dual-threat running back coming out of college, he was drafted with the 8th pick in the 2017 NFL draft by the Carolina Panthers to help improve

the team’s offensive production. After four seasons in the league, he is now a household name among NFL fans and a consensus top-five running back. But how exactly does this generational talent impact the Carolina Panthers?

McCaffrey’s impact on the run game 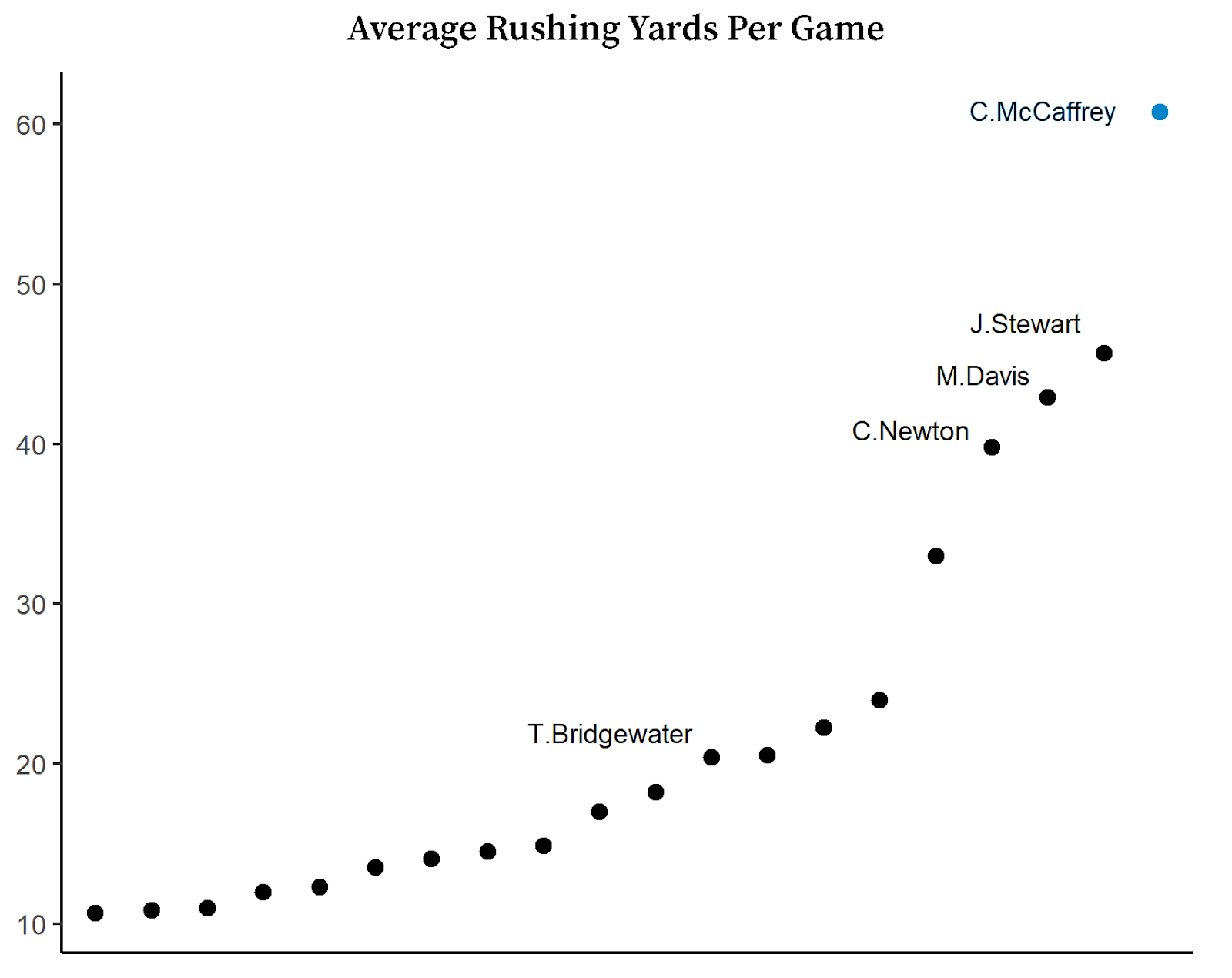 McCaffrey’s impact on the pass game

Aside from gaining yardage, McCaffrey also impacts the team by scoring touchdowns, and thus points. The number of touchdowns scored by McCaffrey has increased each year since his rookie season. In 2019, he scored as many touchdowns as the rest of the entire offense combined (19), a very impressive feat which gave him the 3rd most touchdowns by a running back in the NFL that year. The 2020 season was omitted because McCaffrey missed 13/16 games due to injury. 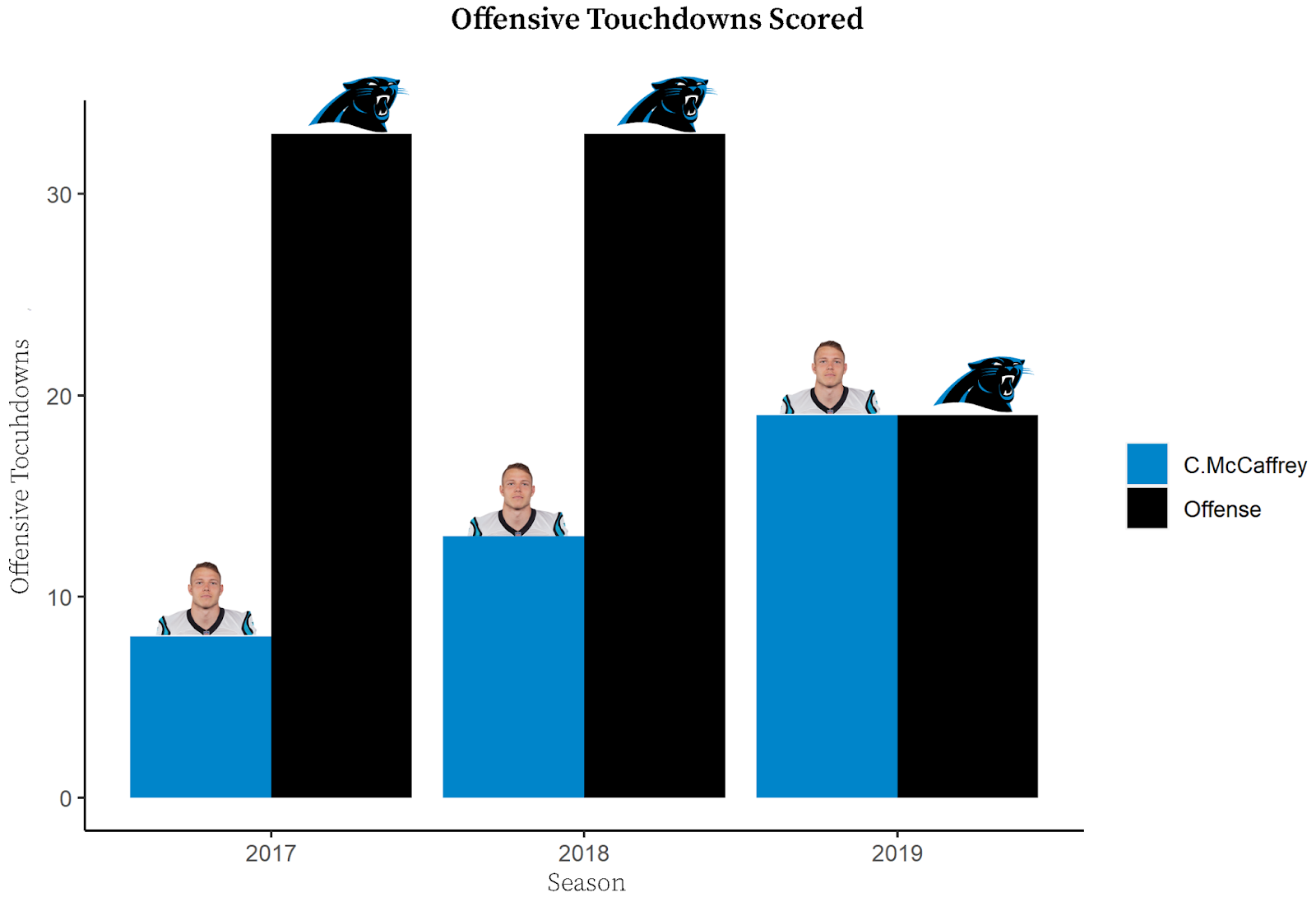 When is McCaffrey’s impact on the passing game most prominent? 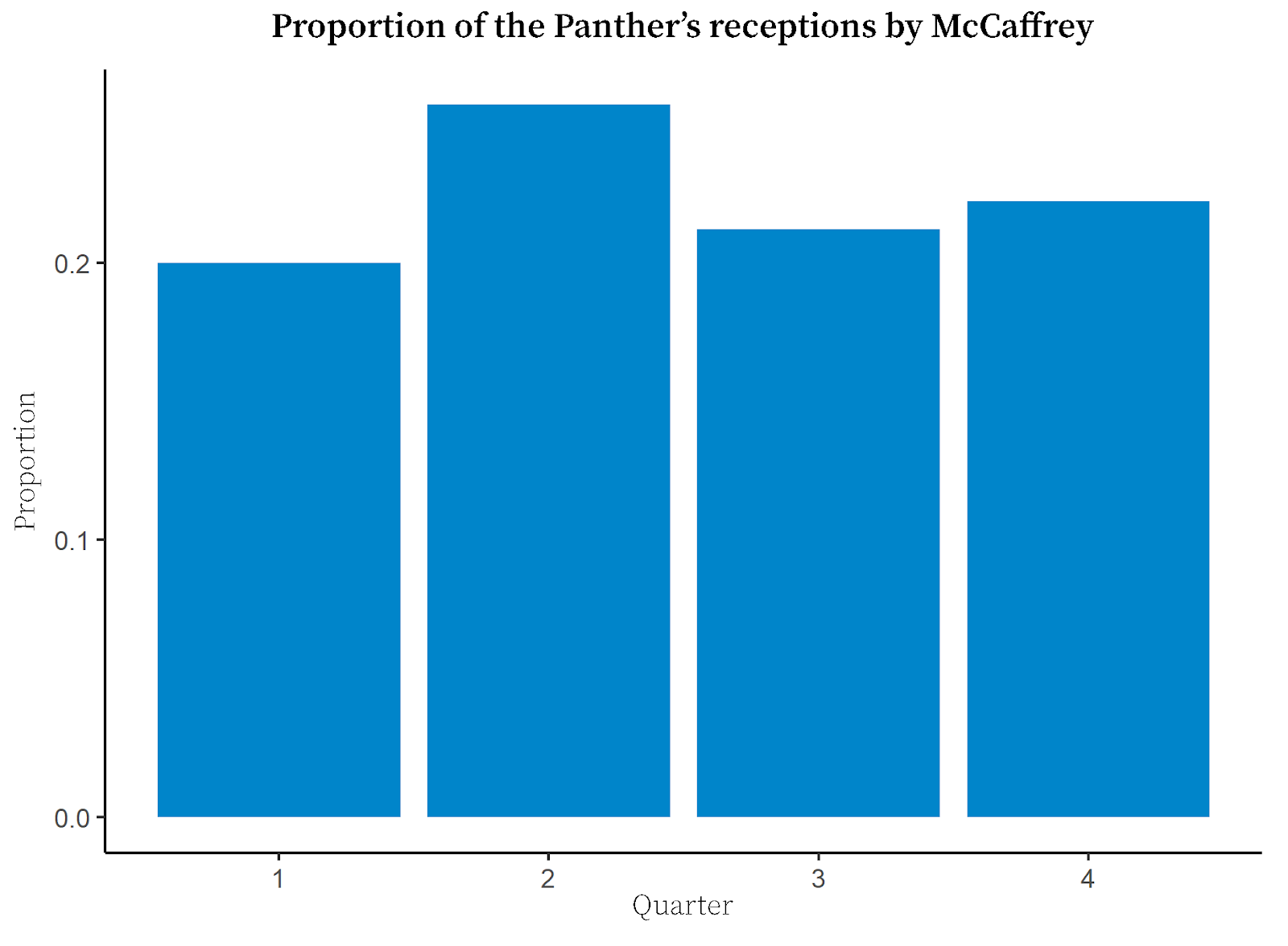 When is McCaffrey’s impact on the running game most prominent?

What aspect of the passing game does McCaffrey elevate?

McCaffrey has been extremely effective at garnering yards after the catch due to his elusiveness and awareness. YAC EPA (estimated points added from yards after the catch) measures the expected points added from the yardage gained by a pass-catcher after the ball is caught. When the pass is completed, McCaffrey has an average YAC EPA of 1.256. No other pass catcher on the Panthers has had an average YAC EPA above 0.95 since 2017( minimum 15 receptions).

What aspect of the running game does McCaffrey elevate?

McCaffrey has the explosive ability of pulling off long ( 10+) yardage runs due to his 4.49s 40-yard dash speed and elite vision. Since his rookie year, McCaffrey has had 74 10+ yard runs on designed run plays. Nobody else on the Panthers has had more than 45 over that time span.

Do better performances by McCaffrey lead to more wins for the Panthers?

Although McCaffrey greatly impacts the Panther’s offense by gaining large amounts of yards and elevating both their passing and running game, his elite performances do not lead to more wins, as a single player cannot consistently carry a team to victory.

McCaffrey is clearly the focal point of the Panther’s offense. To fully reap the benefits of his astronomical offensive production and win more games, the Panthers should emphasize improving their defense as McCaffrey has always played with subpar Panther defenses ( ranked 11th,19th,31st, and 18th out of 32 teams since 2017 in points allowed). Improving the defense will reduce the number of points scored by opposing teams and prevent Carolina from frequently playing from behind.